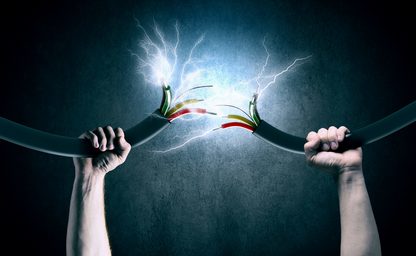 Like many late Boomers, particularly those who were raised in rural Ontario, we received both television channels! Our TV, an old black & with Philco Ford, was always tuned into CBC or CTV, either of which it picked up "over-the-air" via a flat twin-pair wire connected to an antennae which sat atop a pole attached to the side of our house. Of course when Global TV started broadcasting in our area in the early 70's, things became far more complicated. Chahging channels suddenly became a two-man job: one to manually turn the channel knob, and a second to manually spin the antennae pole to "tune-in" the channel.

No one paid for content in those days over and above what it cost them for their hardware and the cost to power it. Shows were often sponsored by products or companies who pimped their wares prior to and during the broadcast of content. And the devlivery of content in my formative years pretty much solidified my perspective on television cotent. I nver fullyunderstood the concept of cable or satellite television. Not to say that I don't understand the technology: in one instance content is delivered directly down a cable whereas in the other content is received through a dish picking up over-the-air signals. What I don't undersand is the underlying logic of a model that requires the consumer to pay for content inundated with commercials. In my view, if it's weighted down with commercial advertsing, one should not have to shell out truckloads of their hard-earned sheckles to consume the content.

Defenders of the cable/satallite distribution model have often posited a convenience argument. Certainly, a consumer's degree of involvement is limited to turning the television on or off and distributor's will happily drain an ehorbitant monthly fee out of your bank or credit card account so you can continue to press the on and off button. Selection is another argument often put forward. While it's true that you can select content from hundreds of channels your selection is limited to what is broadcast at that particular time. In other words, your viewing habits are dictated by the distributor's schedule, not yours. Certainly, one could watch Coronation Street nightly at 7:30pm (or and entire week's episodes on Sunday from 8:00 - 10:30) but I suspect even the most enthusiastic Corrie fan isn't able to consistently allocate thos time slots to the programme. For those with a less regimented schedule, it might be desirable to consume an episode at 8:17 on Monday, 9:36 on Tuesday, and Wednesday & Thursday's episodes Saturday morning at 7:55 in the morning. (Your distributor will be happy to sell you an expensive PVR to record those important programmes but you'll have to learn how to program it, it will likely be powered on 24/7 to be functionally useful and it will only work with the distributor you're subscribed to.) 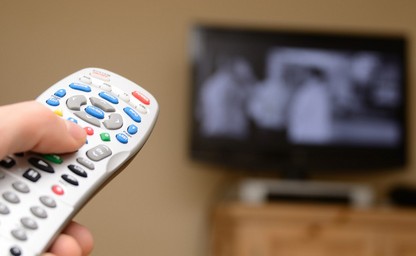 The first question one should ask is "What programming do I need?. This, of course, differs significantly from "What programming might I want?. For a price, your cable/satellite television provider can deliver hundreds of channels to your television. But the reality is, that you can only watch one of them at a time. Moreover, it may well be that in order to get that one premium channel that you want you will first need to subscribe to an underlying package. That cable news channel may only cost a few dollars per month but you will quickly discover that your monthly bill is substantial. (Rogers, for instance, will deliver CNN to your television for $7.00/month however you must first subscribe to their "Starter package for $24.99/month and then rent a receiver from them for $12/month. Total cost for CNN from Rogers = $43.99 + tx = $49.71/month. There *may* also be a $49.99 installation fee if the location is not already pre-wired for cable services.)

Examined in this context, one might consider asking "As desirable as CNN may be, is it worth $50/month?. Are there other alternatives that could meet your news channel needs as opposed to your news channel wants? For nstance, Al Jazeera, Australia's national ABC News, CBS's CBSN (CBS News), China's Global Television Network CGTN and France's France 24 International News can all be streamed free of charge. For a couple of dollars a month, one may subscribe to a good VPN or SmartDNS provider which allows you to circumvent regionally-blocking sites thereby accessing Sky News, BBC News or CNN International. Still others, like Canada's CBC News Network may be accessed for a modest $4.99 with a monthly subscription to CBC Gem. The point is, there are MANY alternatives if one looks for them.

If money is no object then clearly, contact any of the television service providers and order their ultimate package. You'll be able to easily watch any of the hundreds of channels they offer at your convenience when you're otherwise not walking along the Champs-Élysées, visiting the ruins of Machu Picchu, riding an elephant in India or en route to Thailand on your private jet for a three week Village Coconut Island getaway in Phuket. Setting aside overwhelming afluence, there may, in fact, be practical reasons for embracing a satellite/cable solution but let's exhaust all options before making that determination. 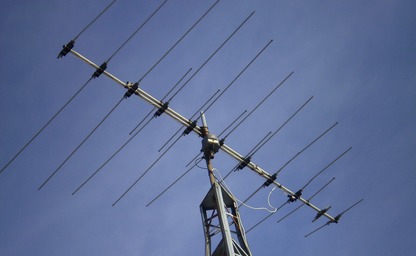 Depending on your location, it might be worthwhile to consider the installation of an antenna to receive over-the-air (OTA) television signals. This, in fact, is a very viable option in many U.S. cities where one might "between 40 to 60 channels available over-the-air". Sadly, in Canada, our over-the-air selection in comparatively weaker because "the same companies providing us our over-the-air channels ... also sell us cable and satellite subscriptions [and they] have a clear interest in supporting their distribution".

Good article on OTA again
Channel availability: ChannelGuides.ca NoCable.org
You may be unable to erect an antenae or unable to receive over-the-air signals. No OTA signal 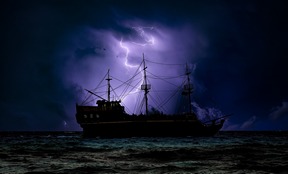 A collection of satrical ramblings from Ottawa's Norm de Plume.